Fanc-ista Travels: A Guide to the 2017 Albuquerque International Balloon Fiesta 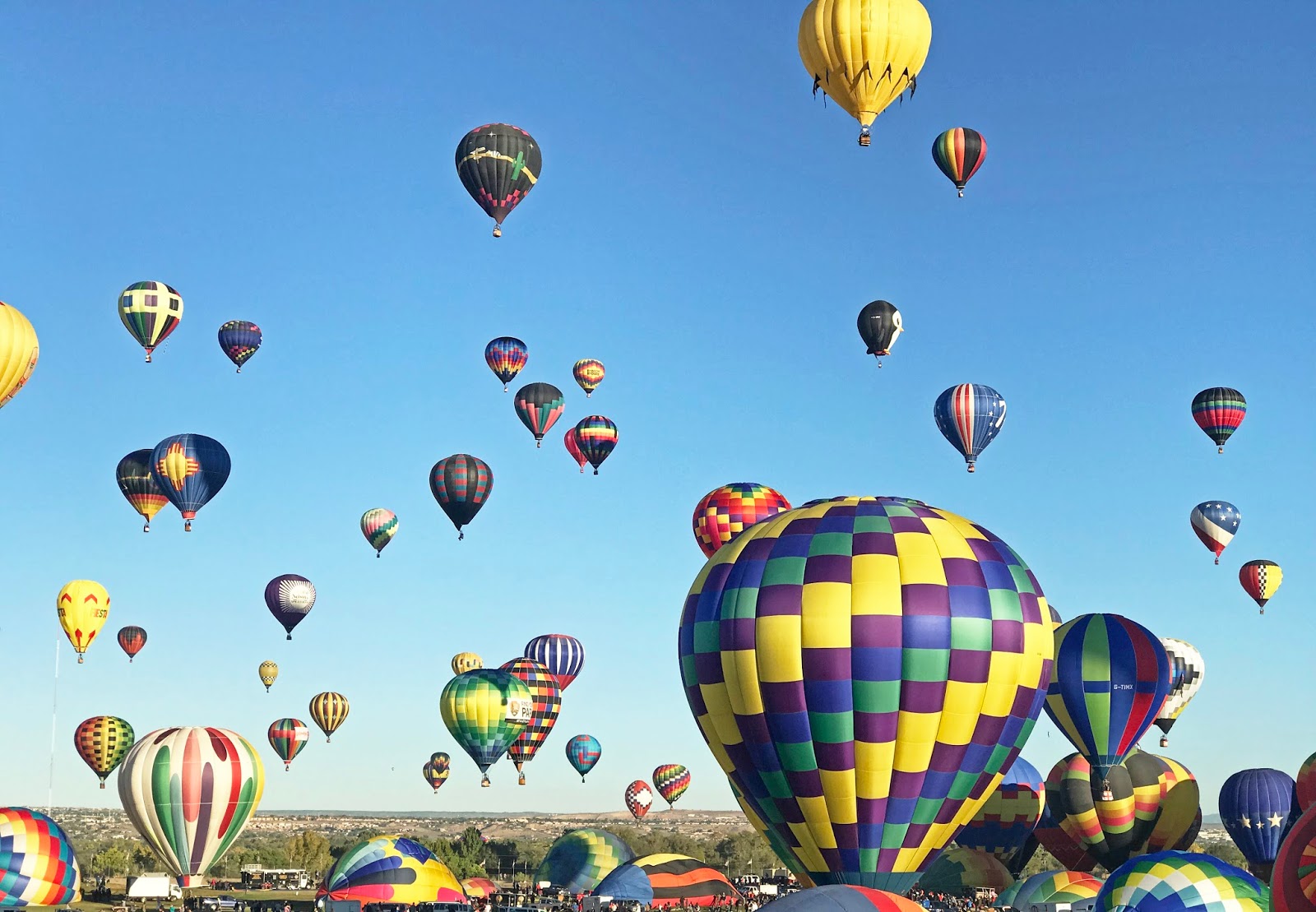 Something to look forward to each year – Balloon Festival in Albuquerque, New Mexico 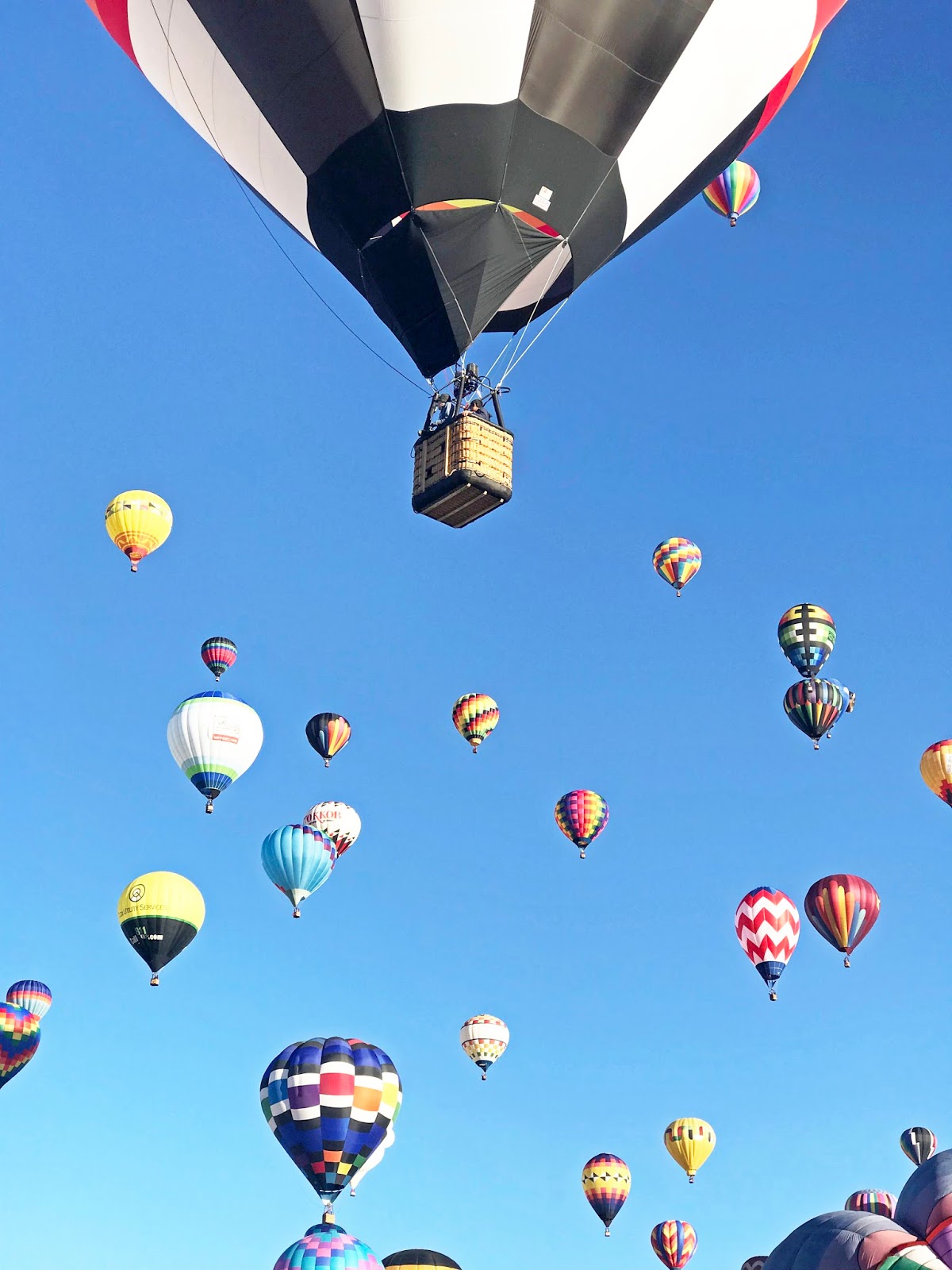 This past weekend I had the opportunity to attend the world’s largest balloon fiesta in Albuquerque, New Mexico. It was truly an amazing, magical and beautiful experience – and I’d do it again. 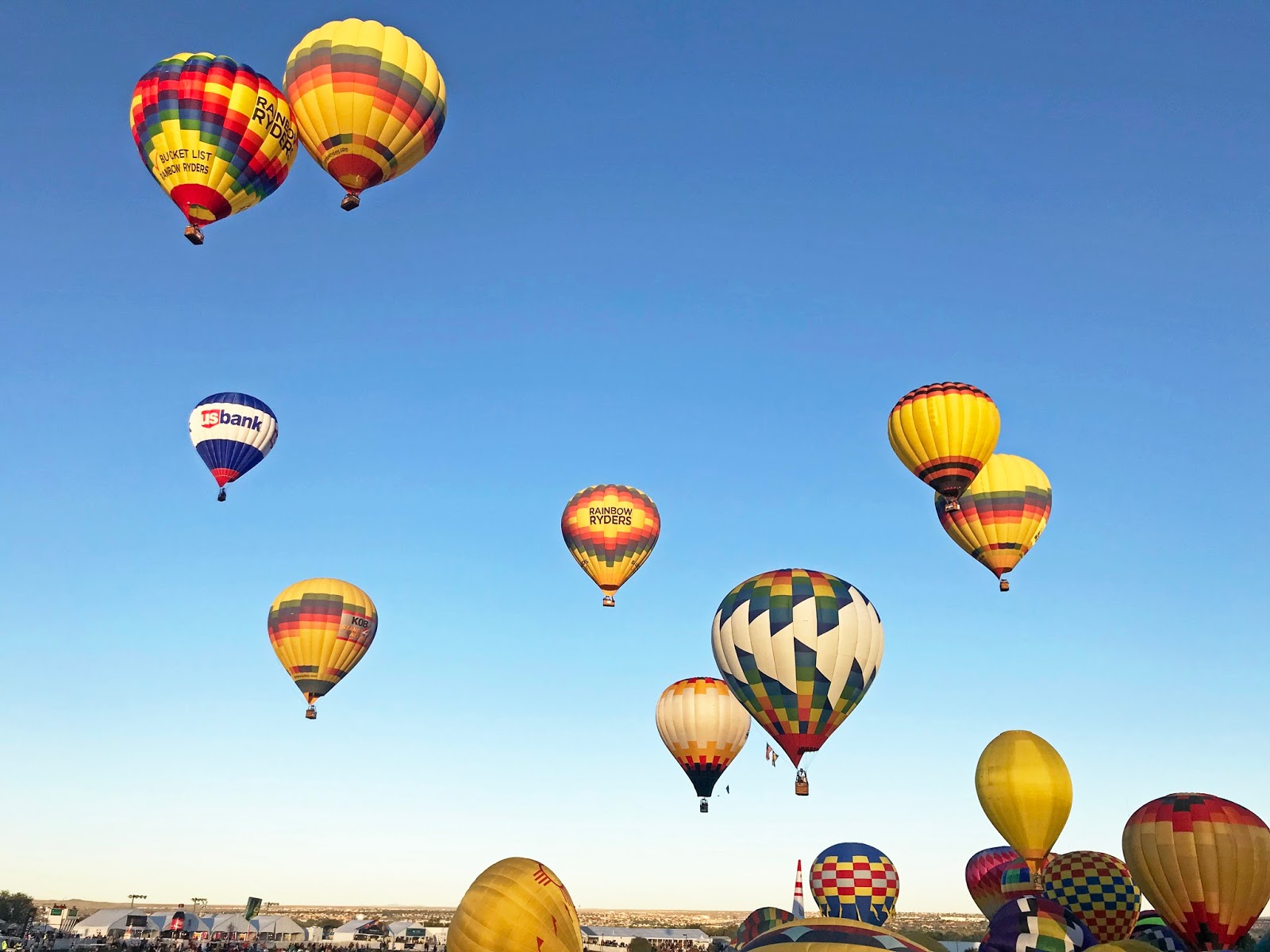 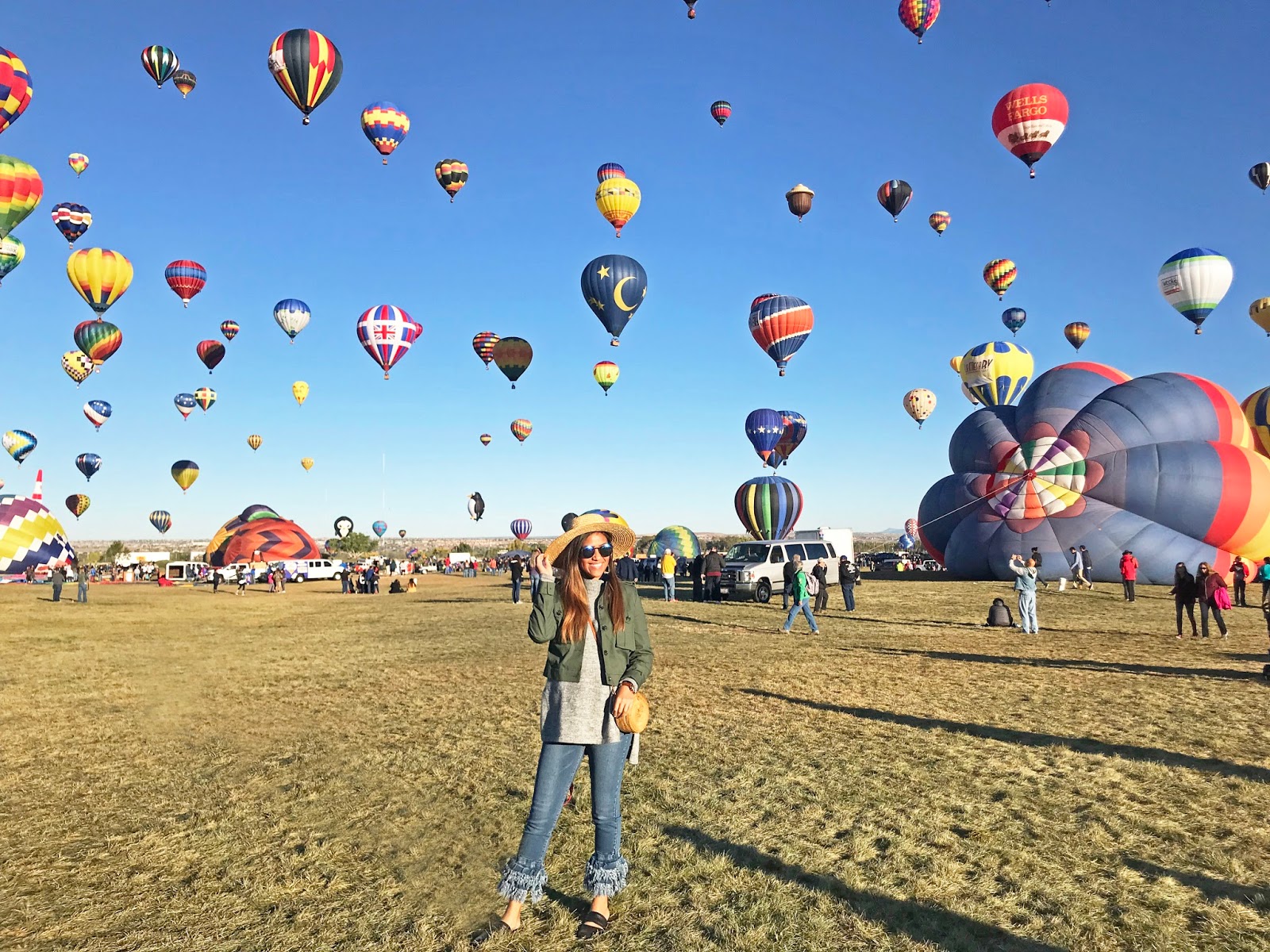 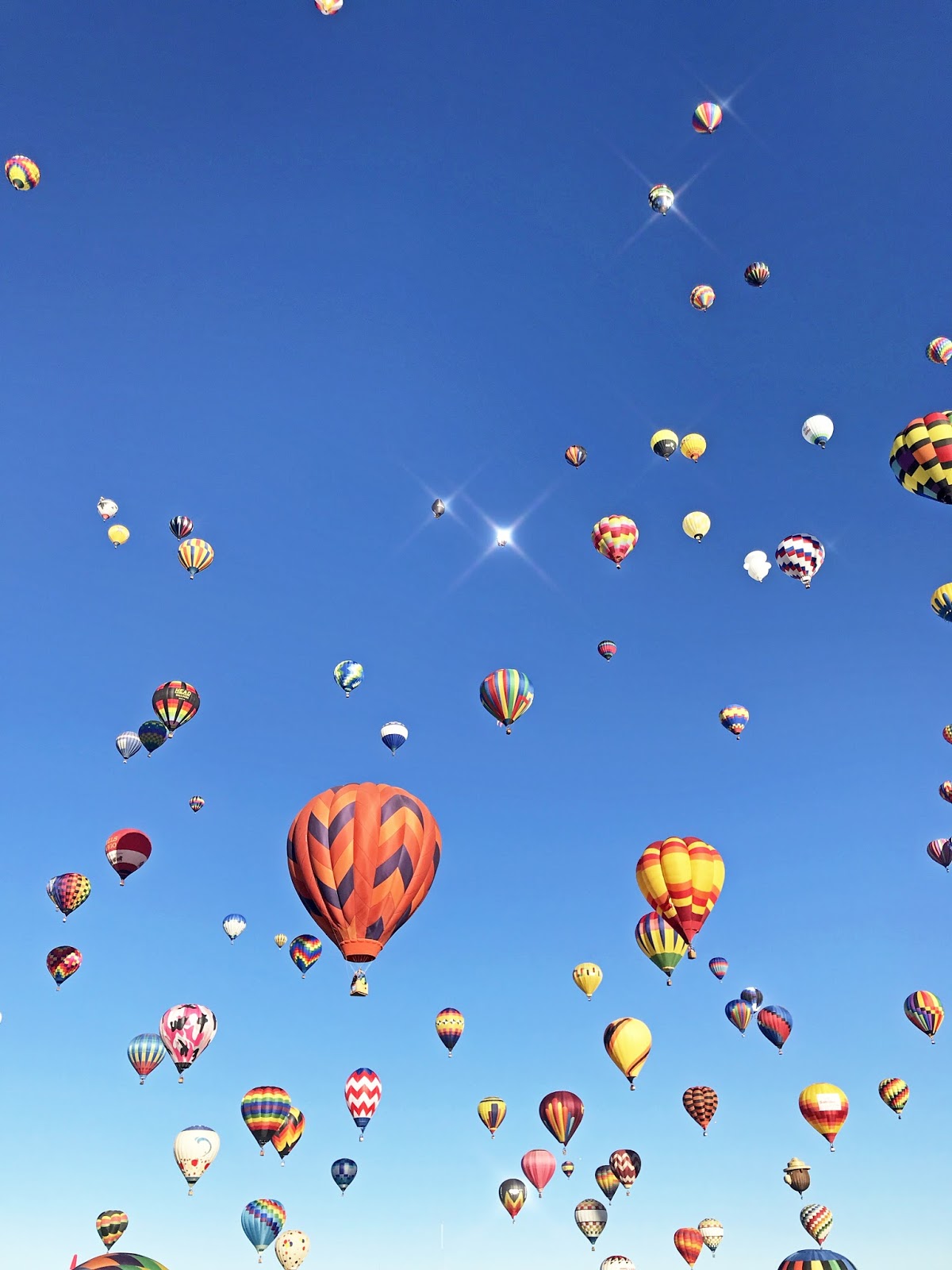 Every year, thousands of balloon fans and tourists alike come together in Albuquerque to attend the International Balloon Fiesta, also known as the World’s Premier Balloon Event. Truth be told, I have never heard of this event, until a few months ago when I was invited by their media group to attend the Balloon Fiesta in October.
I have always wanted to ride a hot air balloon – it has been on my bucket list forever; so I decided to do some research on it. The festival would be something new and unique – therefore I decided to accept the invitation and plan my next travel trip to Albuquerque, New Mexico. 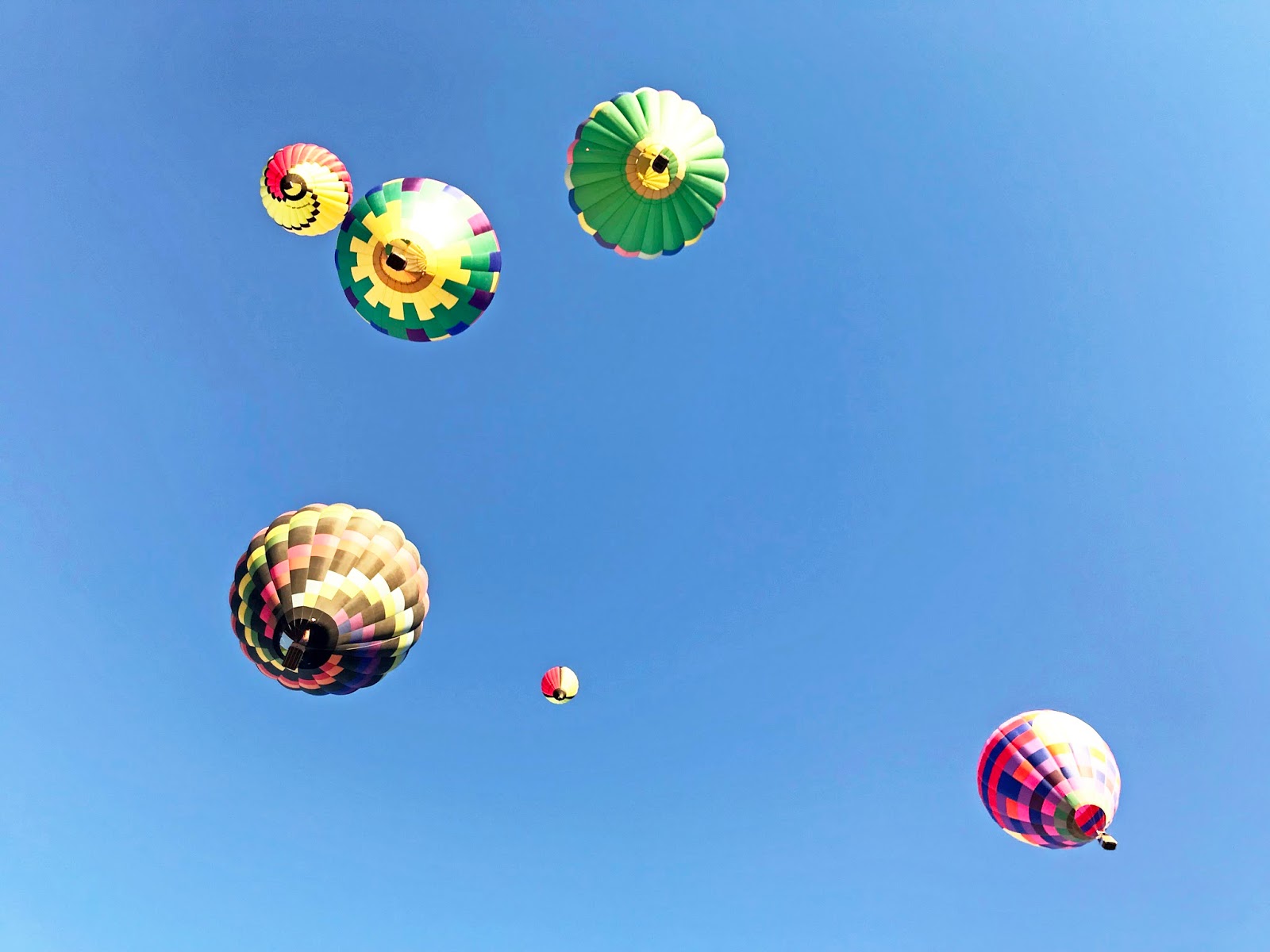 The 46th Balloon Fiesta is 9-day event that takes place from October 7th through 15th in Albuquerque, New Mexico – I attended the second weekend from October 13th – October 15th.
The Balloon Fiesta attracts 550 balloons from around the world, filling New Mexico’s clear blue skies for nine days. During the 9 days, the fiesta has daily events that take place, view here.
Transportation:

If you are visiting and don’t have a car-rental; no worries, the festival offers complimentary shuttles that run daily starting at around 3:30 AM (I believe, don’t quote me) and run throughout the entire day. Please view more information on it here.
Uber and Lyft are also options as well – my friends and I used this for the majority of the time. 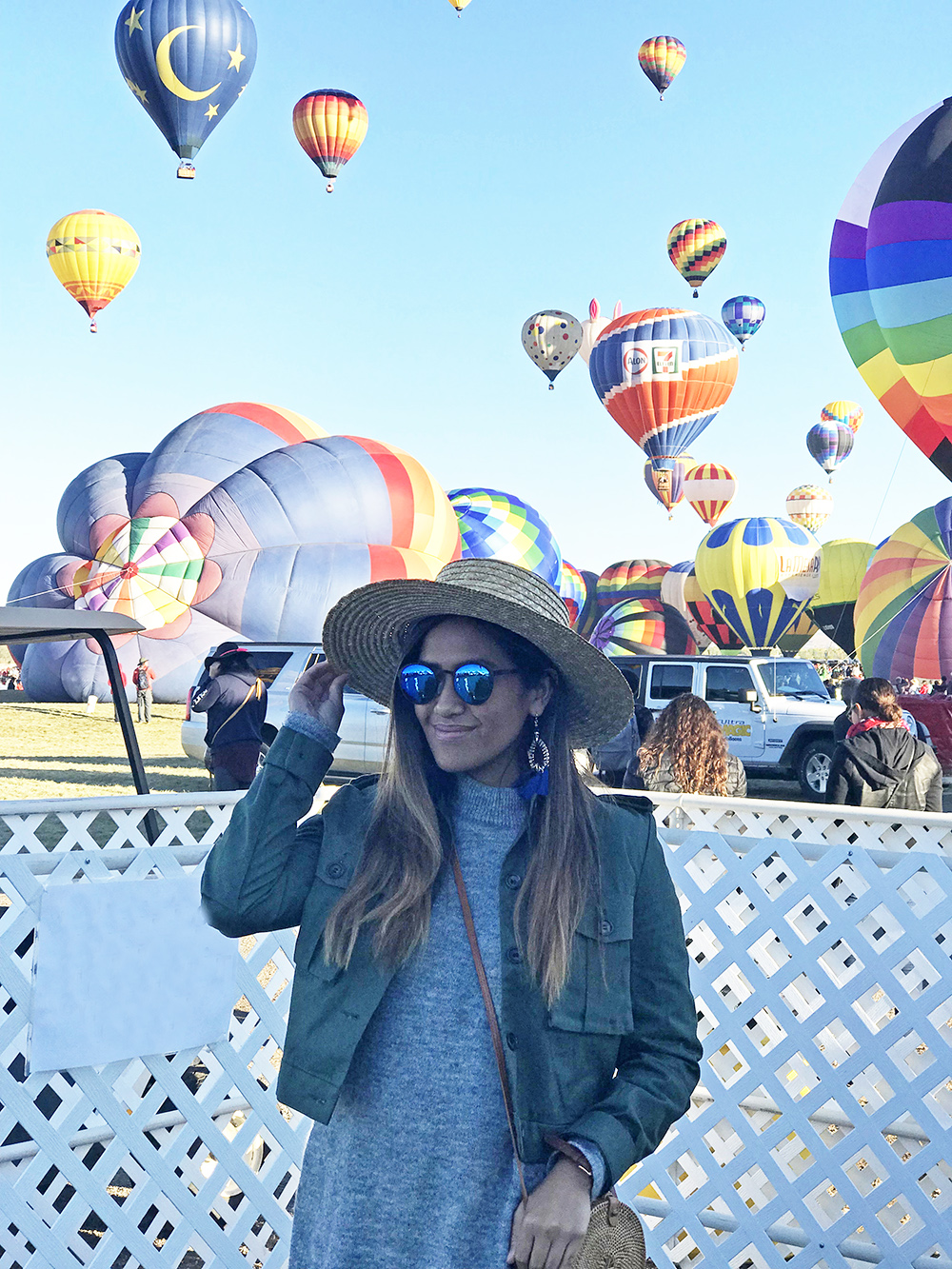 Last Friday (10/13) myself and a few of my crew joined me on my trip – we had a late flight that was delayed by a few hours. We arrived at the Wyndham Hotel around 2:30 AM; and since we had to leave only a few hours after that we decided it would be best to just stay up!
We quickly settled into our room, got ready and were headed to the balloon festival around 5:30 AM.  We arrived just a little before 6 AM – to find out we were too late to sign up for the hot air balloon!  – The lady at the front was kind of rude about it too, which was unfortunate as that was definitely one of the main reasons I wanted to attend the festival. I signed up any way, but did not make the cut.
That morning, we enjoyed breakfast in the media tent, patiently waiting for the mass ascension. Around 7:30/8 AM is when the balloons started ascending – and it was seriously such a beautiful experience. From colorful, bright balloons to character shaped balloons, it was a “non-stop” picture taking moment.
We were situated at the media’s photography tower; where we had the opportunity to take such amazing shots of the balloons.
After the mass ascension – which ends around 10/11 AM; my crew and I walked around a bit and explored the rest of the area. There’s a bunch of food vendors to choose from, as well as little shops.
The festival has an in between break – so we decided to explore the city a bit. Then we came back around 4 PM to watch Billy Currington play, and enjoyed the rest of the evening’s events.
The evening has more fun events to enjoy such as the Laser Light Show at 7:45 PM and the AfterGlow Fireworks Show at 8 PM.
We were in Albuquerque for two days but only spent one full day at the festival and the other exploring the city! 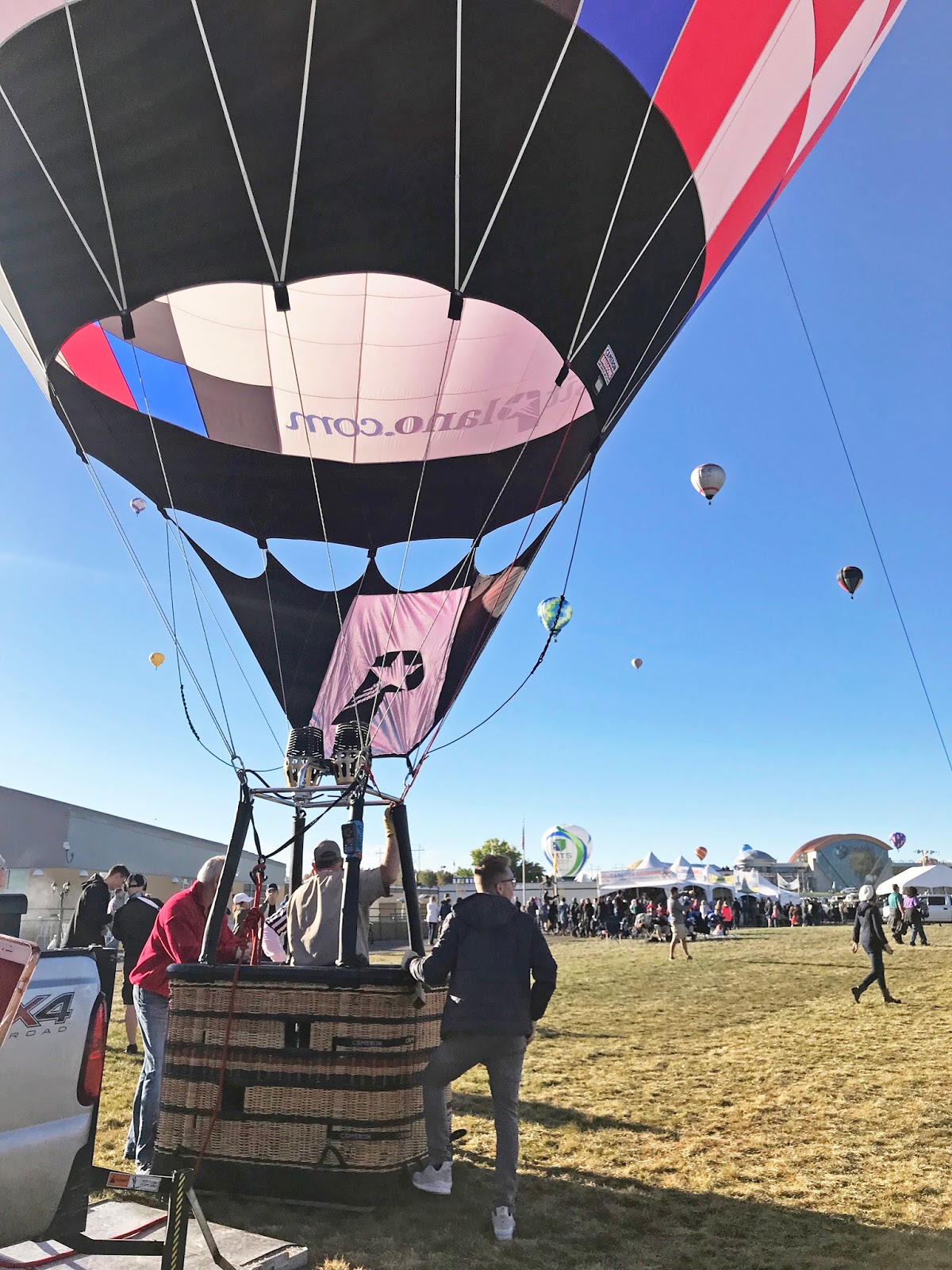 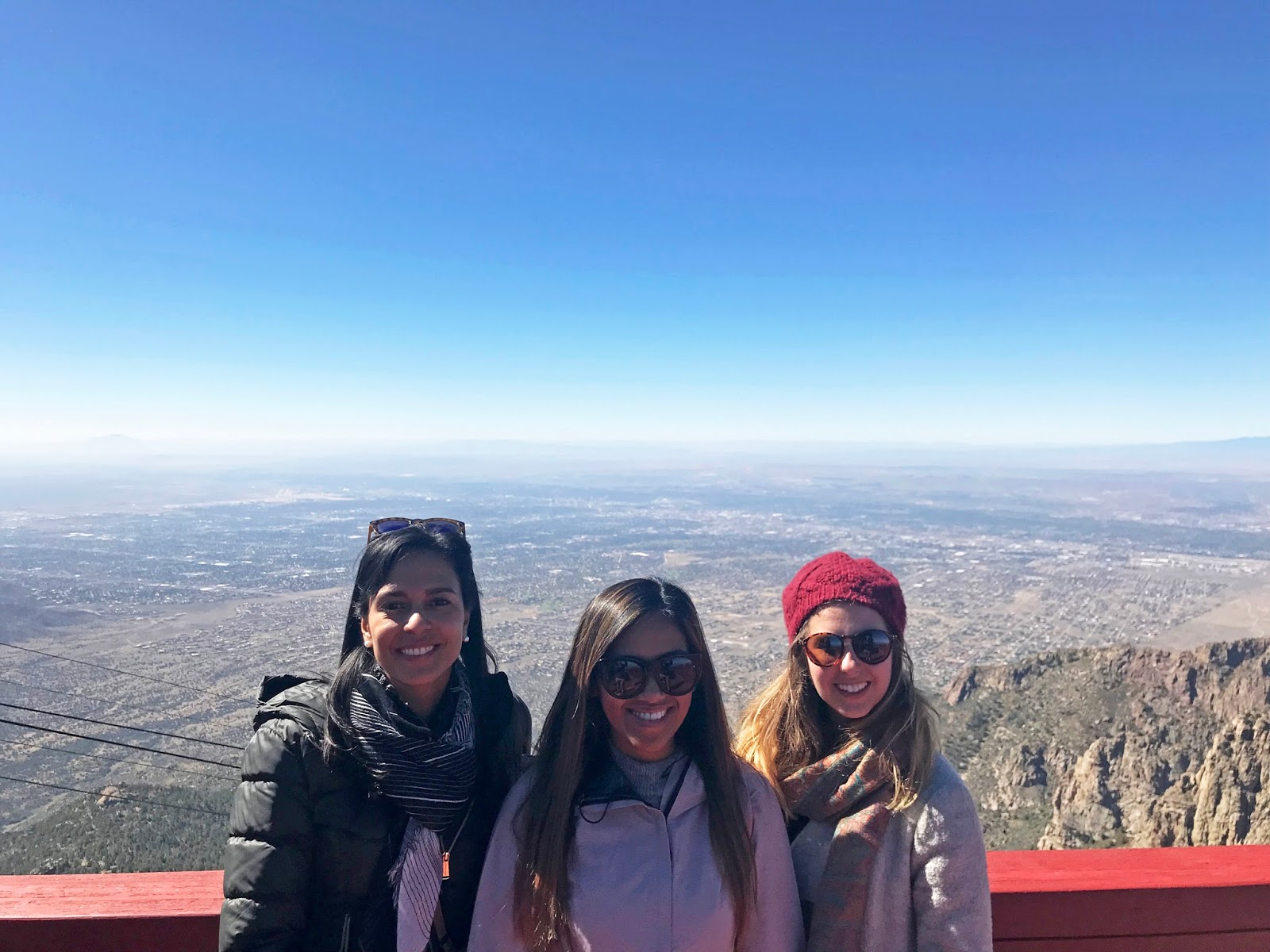 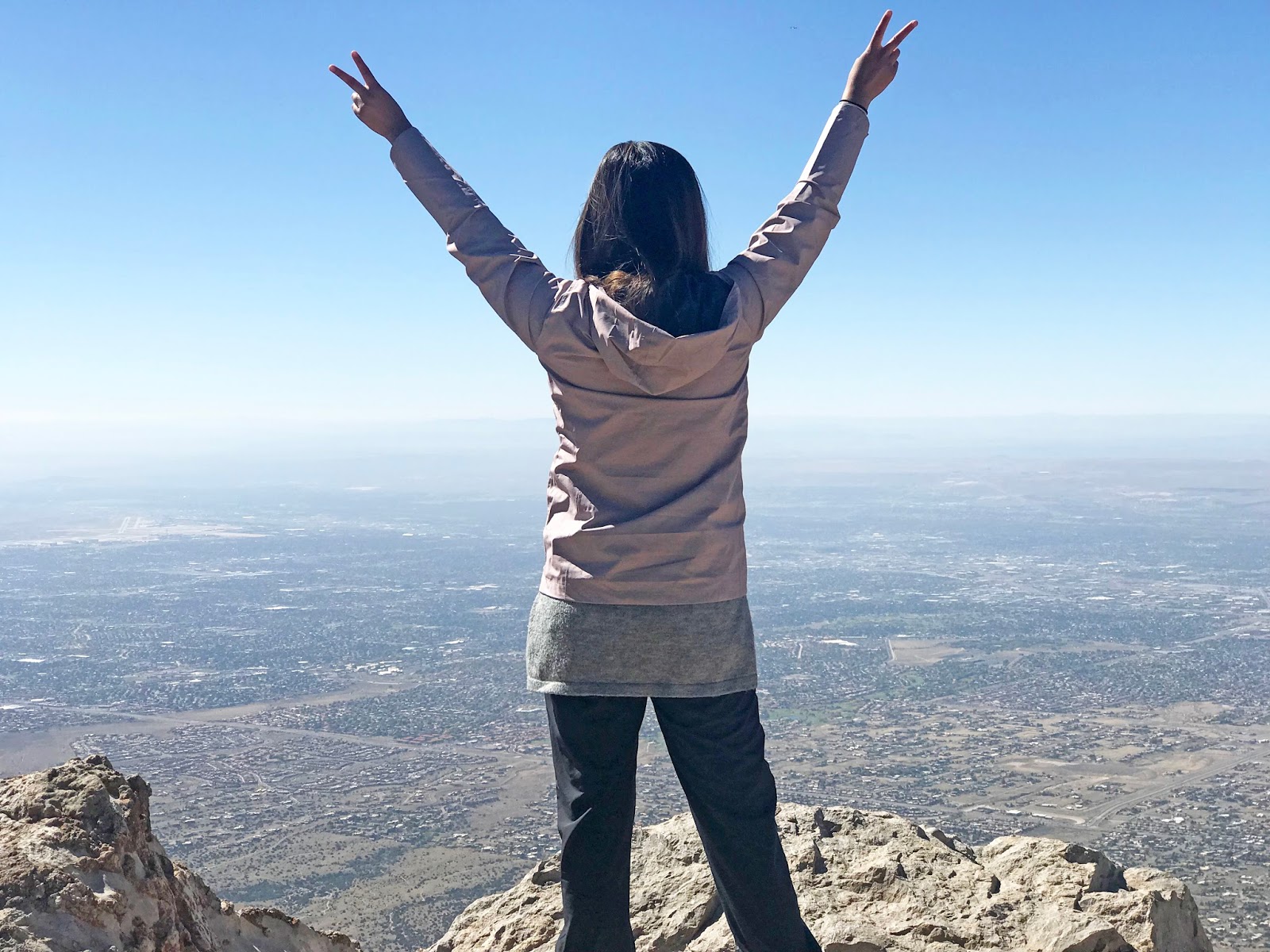 Shop this Coat // Stretch Waterproof Jacket
Things You Must See and Do: 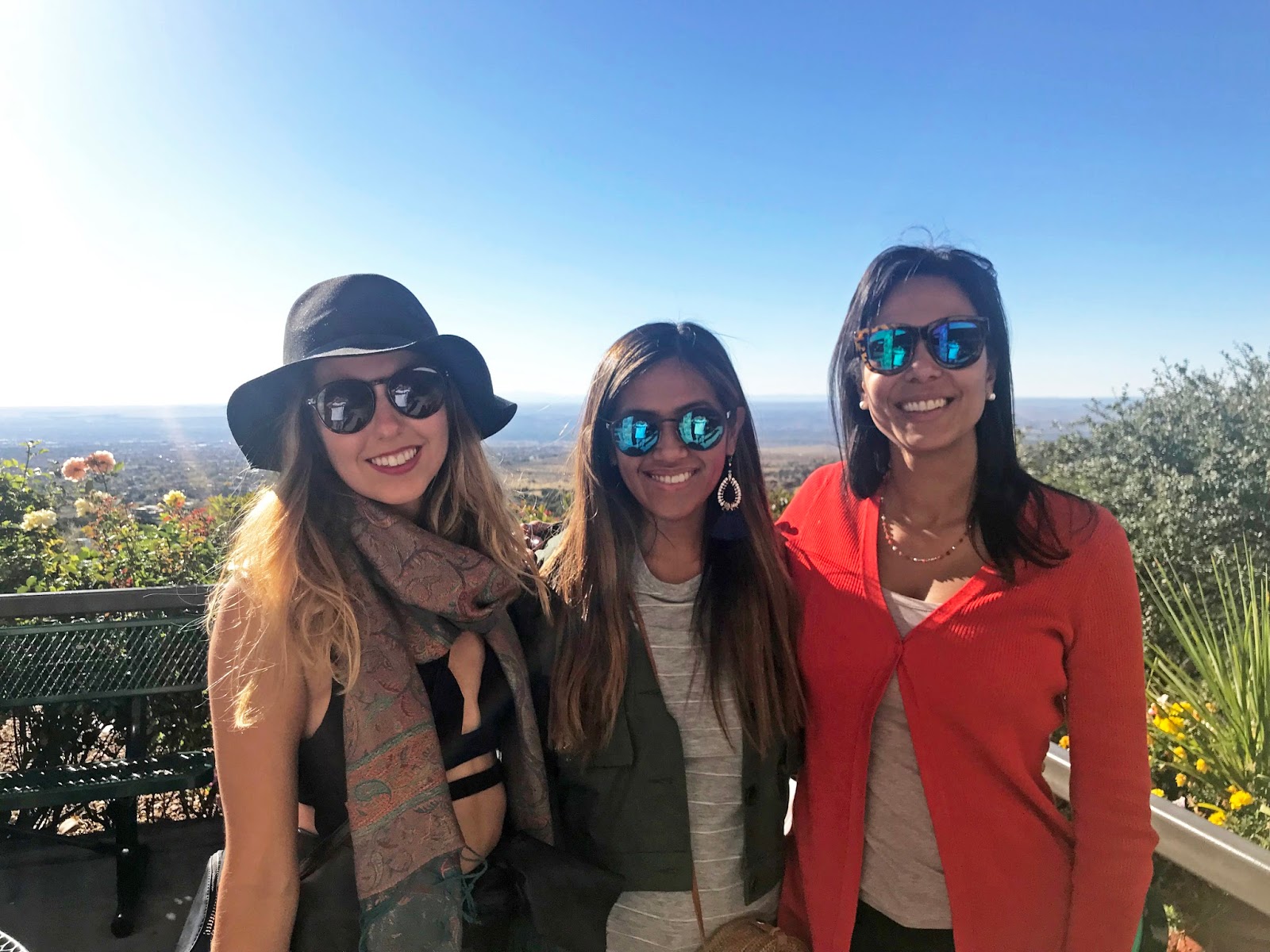 Overall, the balloon fiesta was a success! It was an unbelievable, breathtaking and nothing like I have seen before experience. I’m so glad I went and I would totally go again. Though we did not get to ride a balloon this time, one of my friends found out her cousin’s friend flies balloons and since we did not get to ride on this season; he promised he would take us a different time!

If you love an adventure, and are looking for something new and unique – the Balloon Fiesta in Albuquerque is a must to check out next year!!
xo,
Fancy Nancy
Shop this Entire Post //
Sequin Earrings || Nusa Luna Bag || Fossil Watch || ASOS Frill Jeans || Sutro Footwear || TIJN Eyewear || Stretch Waterproof Jacket
Thanks to the Balloon Fiesta team for hosting my ticket and experience! As always, my opinions are my own.