Adamus is a new lounge that just opened in The Silversmith Hotel located in the Loop area in Chicago. Just last Tuesday they welcomed the Windy City Bloggers to have an inside taste of their seasonal fall menu. I am quite a foodie, and was surprised when I had not heard of this place before. I did not know what to expect, or how to dress, but upon arrival, the place had an elegant and modern feel, which made me excited for what’s to come.

I wanted to wear something that fit the theme of the night (fall), I thought a scarf paired with darker colors would be a bit fall-ish, don’t you think? 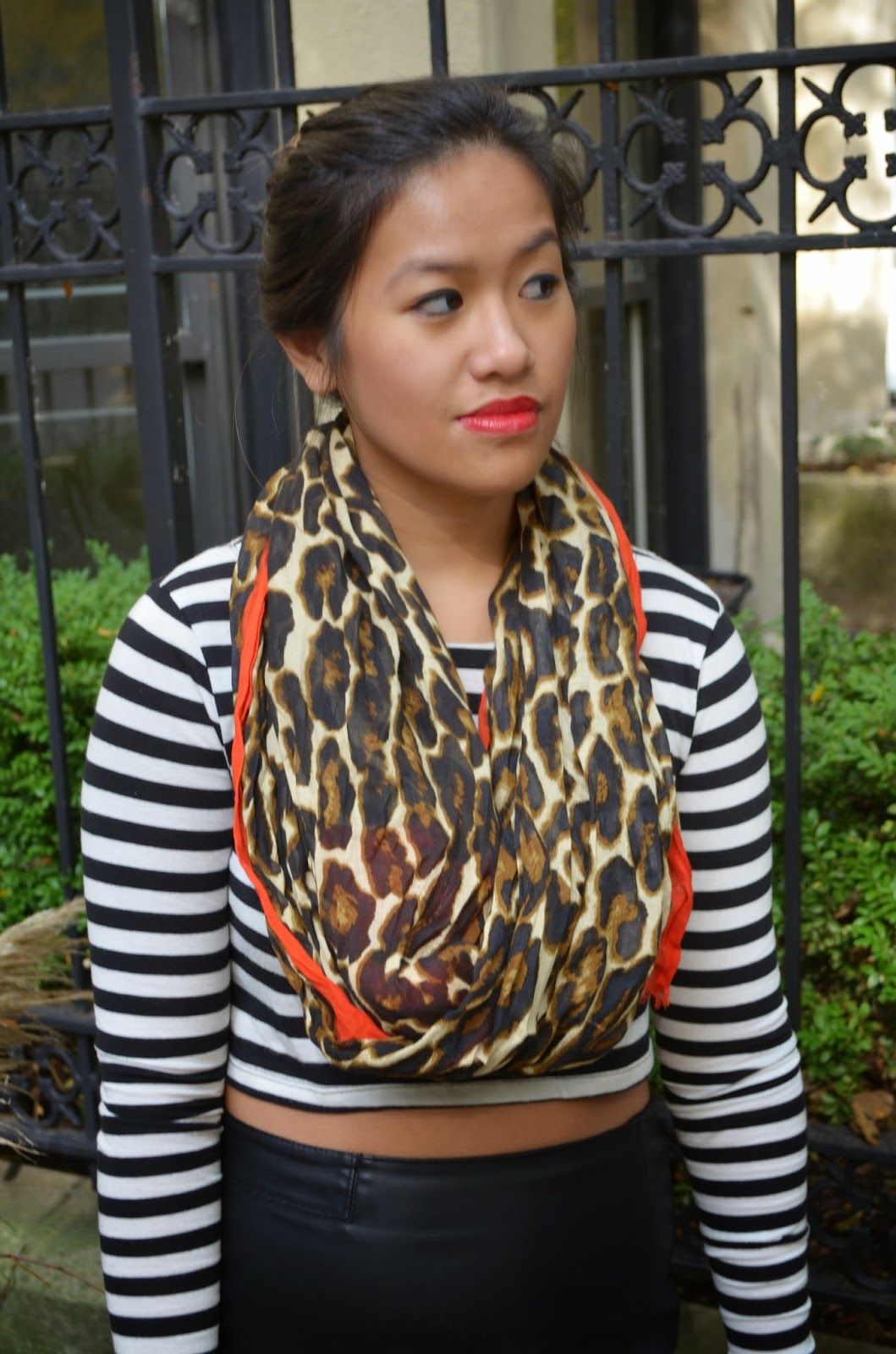 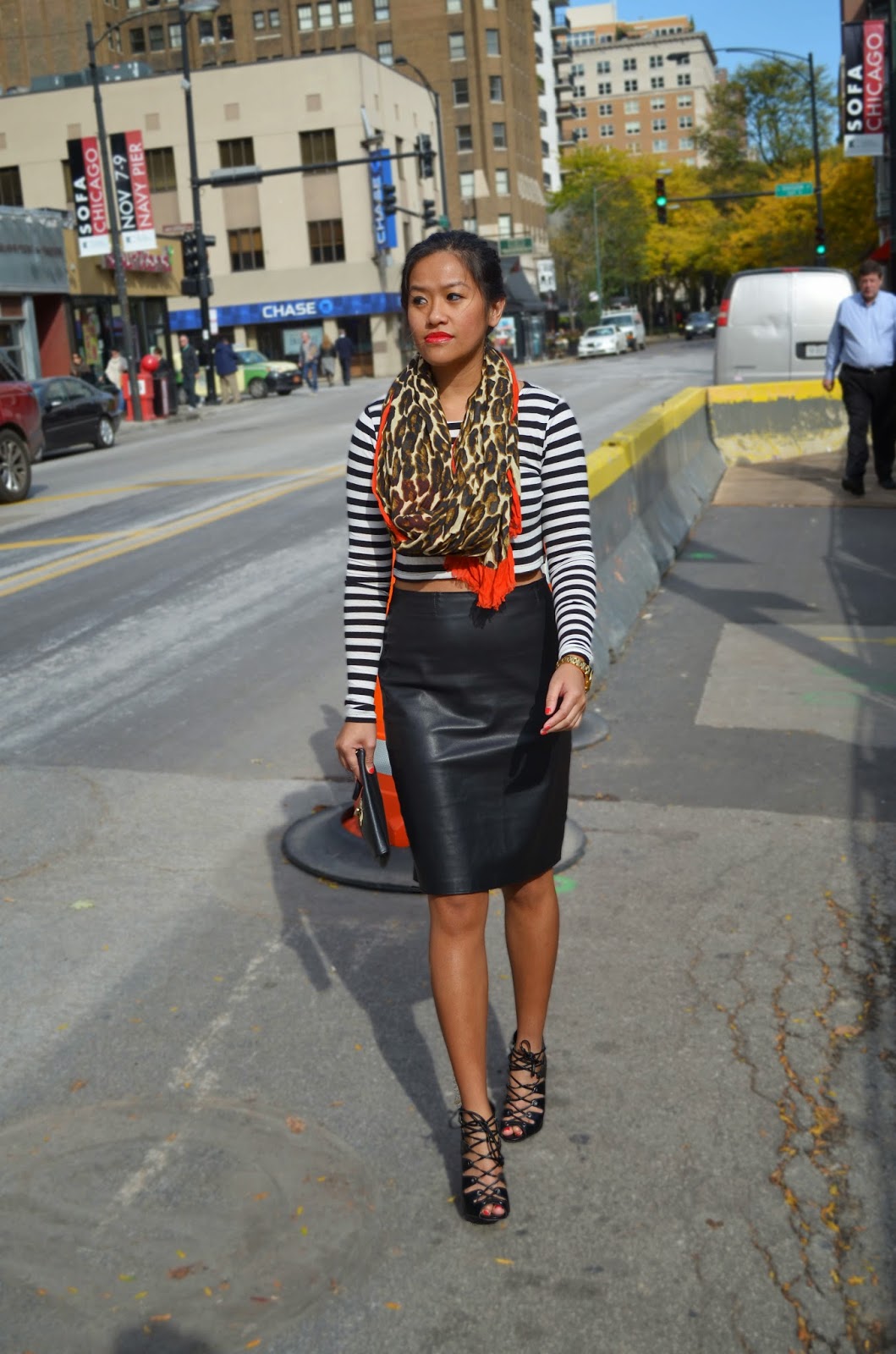 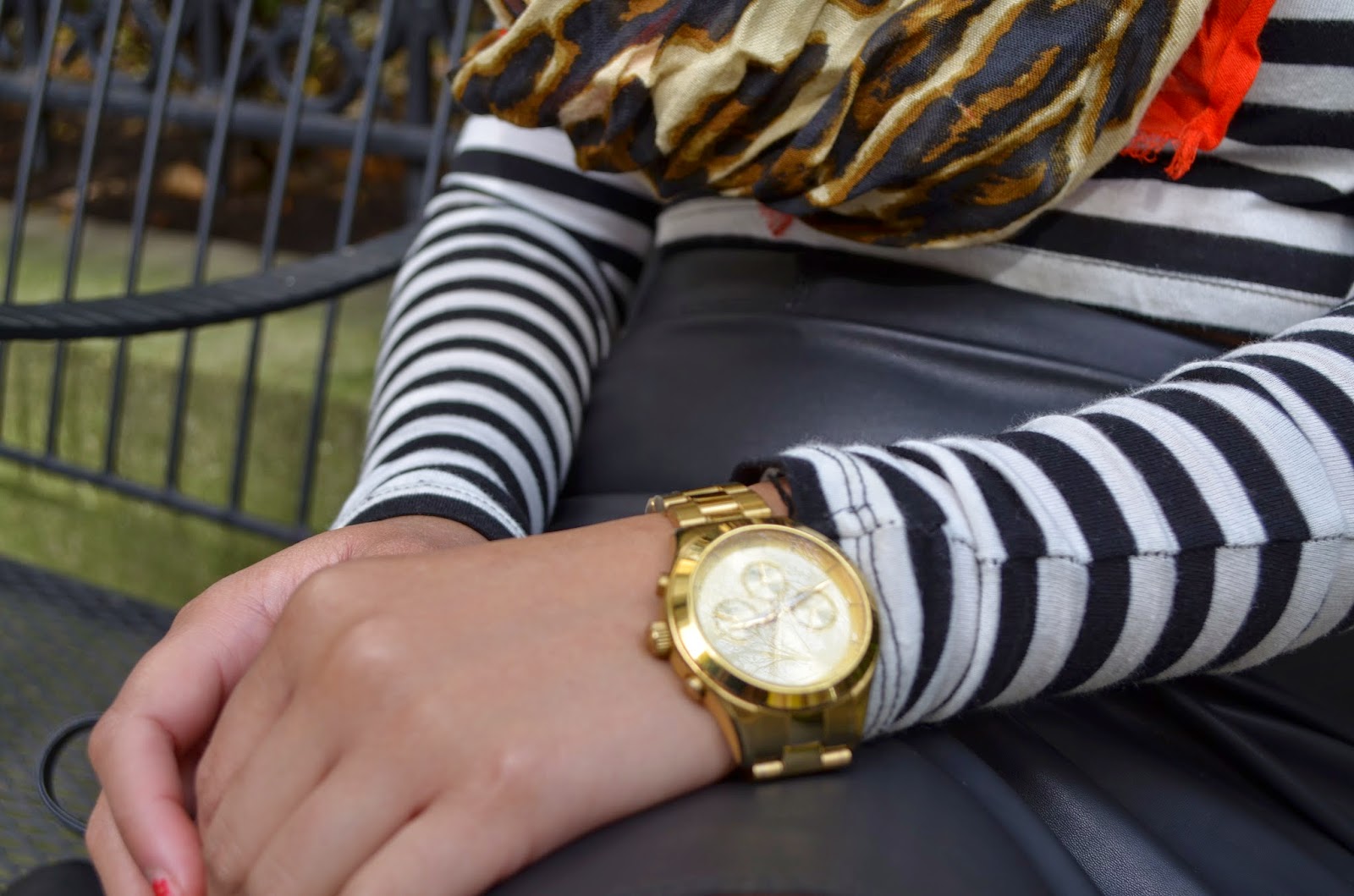 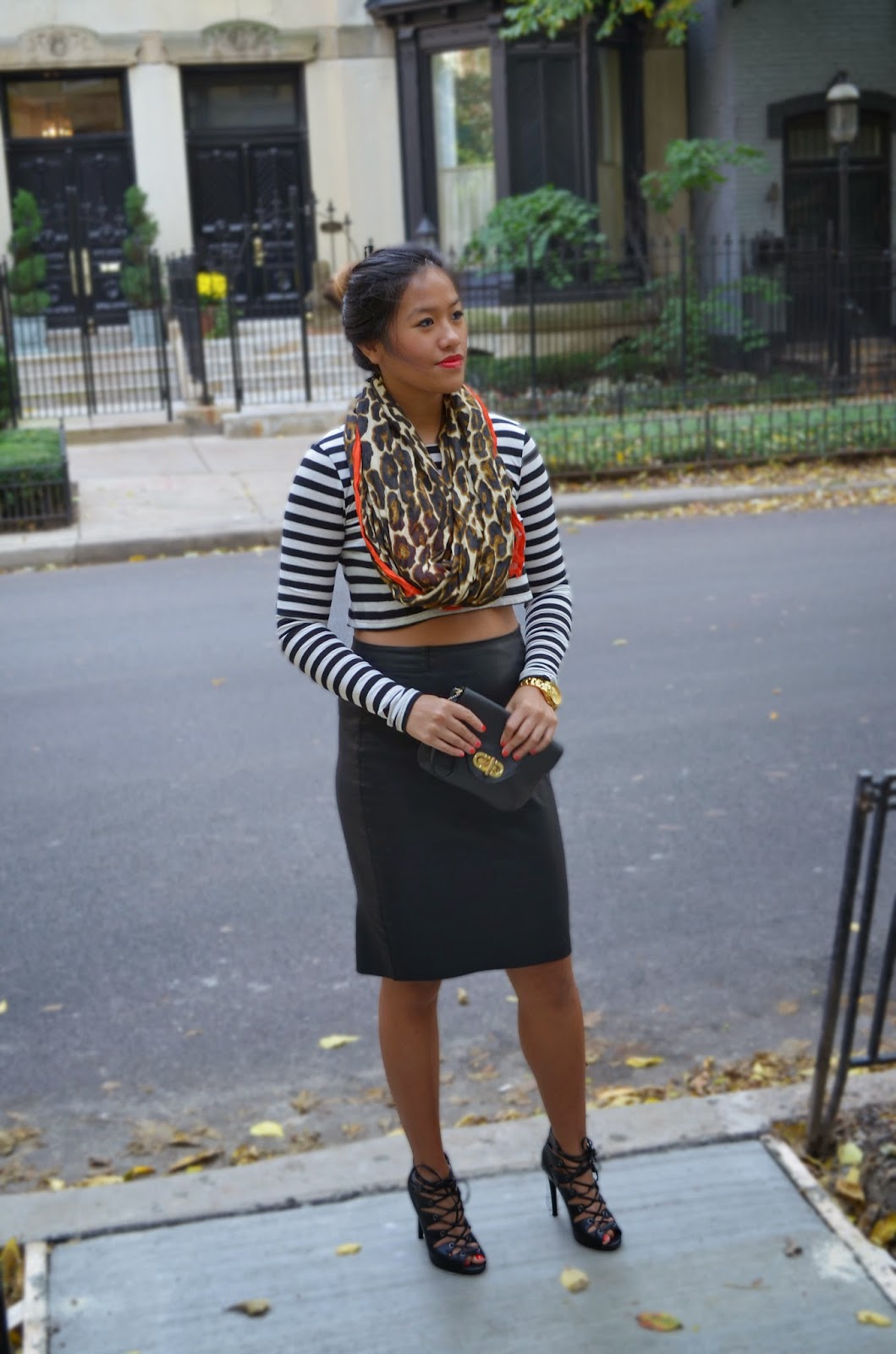 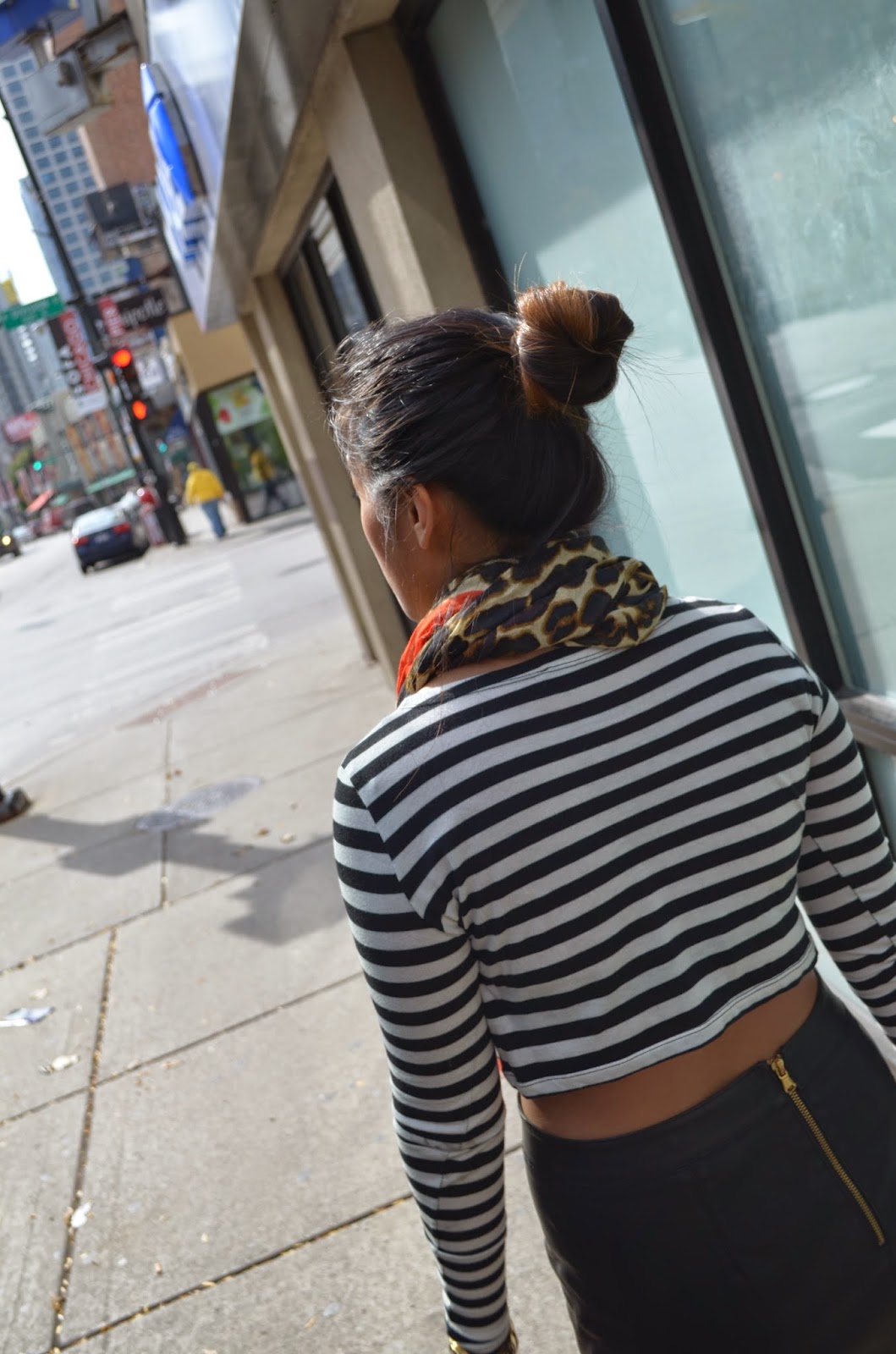 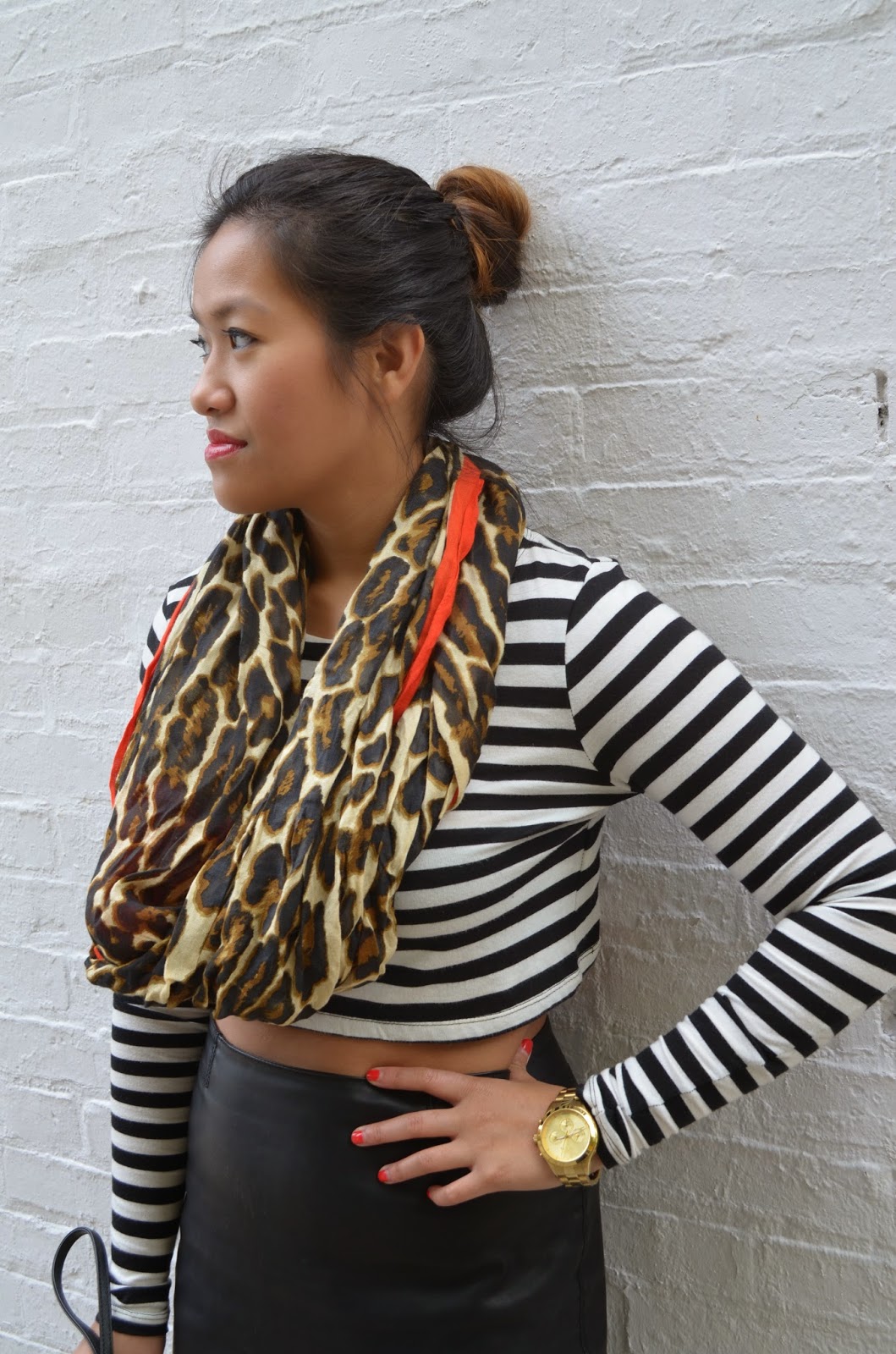 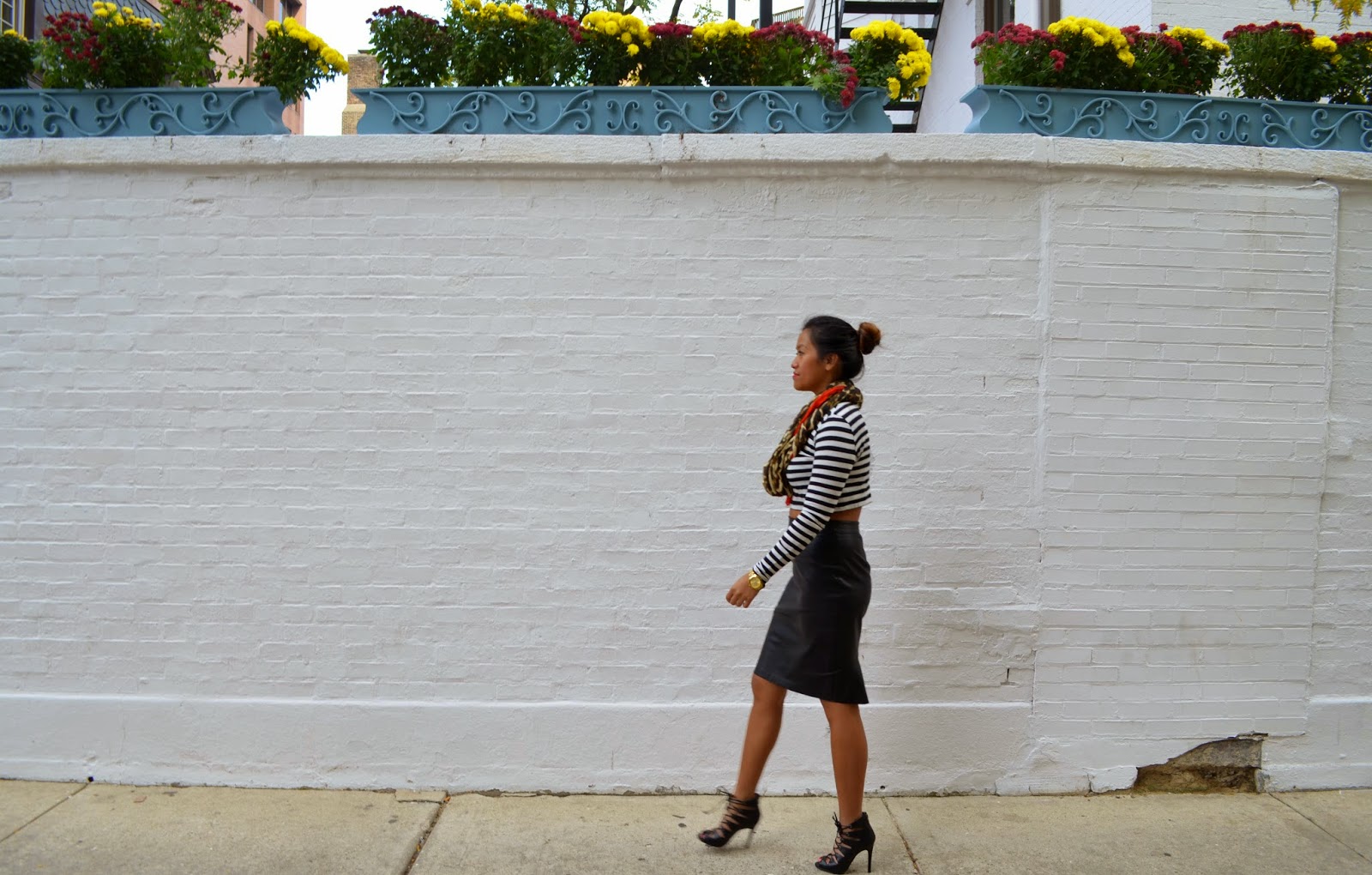 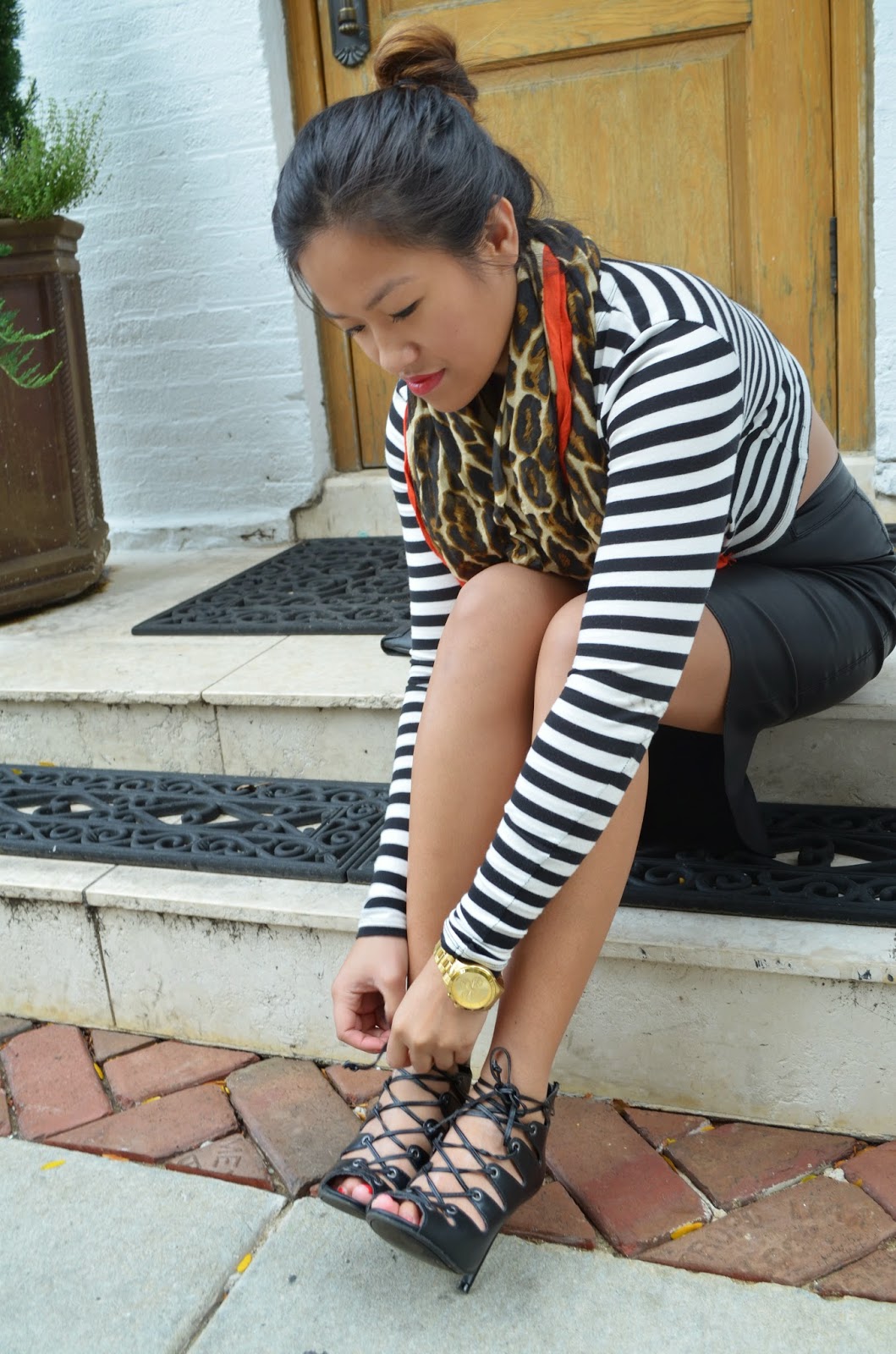 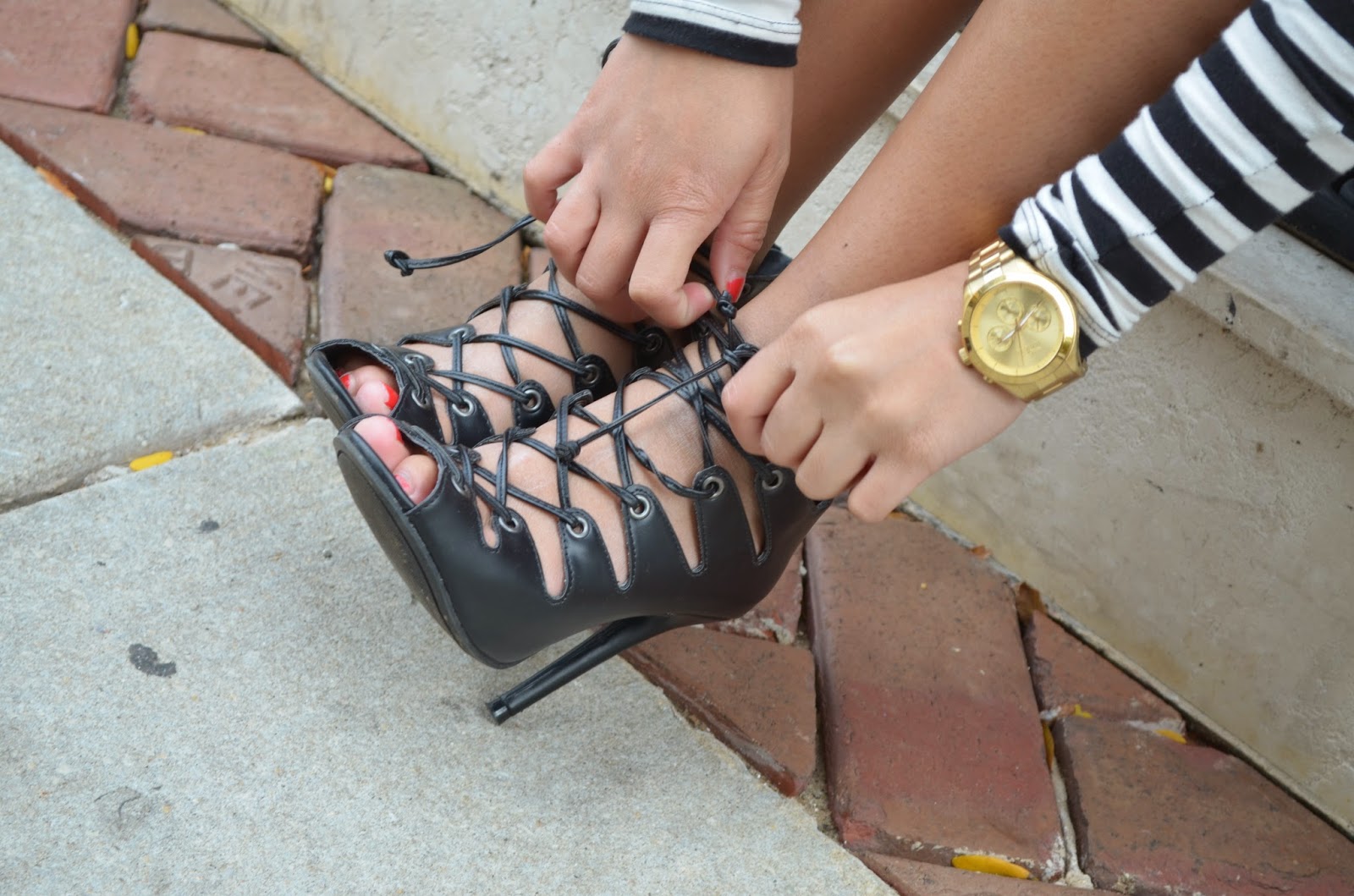 Photography by: Marc Anderson
shop this post //
crop top (similar) // scarf (similar) //
leather skirt (similar) // lace up heels
———————————————————————————–
As dinner began, the Chef briefly came to explain each dish thoroughly. First dish we had was Beef Empanadas. The empanadas were served with a roasted piquillo pepper remoulade and horseradish creme. This was very tasty and was a great appetizer to start off with. 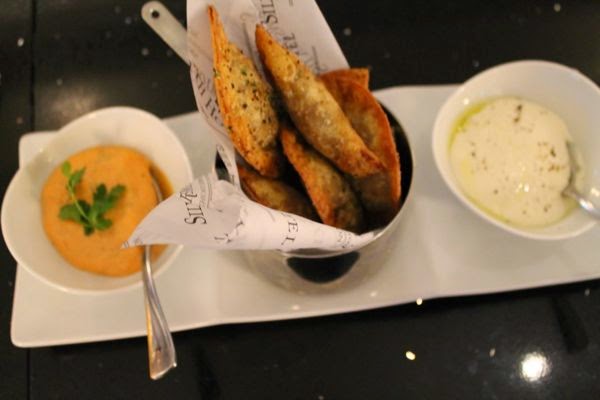 Photo Credit: Kit at the theKittchen
Next came the pairing of the fresh pear and goat cheese salad, along with a side of white asparagus bisque with jumbo lump crab, moral mushrooms, and fresh chevril. This particular plate was very “fall-ish”. The soup was very creamy but paired well with the rich texture of the salad, I actually did not know there was crab in it until after I finished, it tasted so good that I ate it way too fast and did not get a grasp of all the flavors. 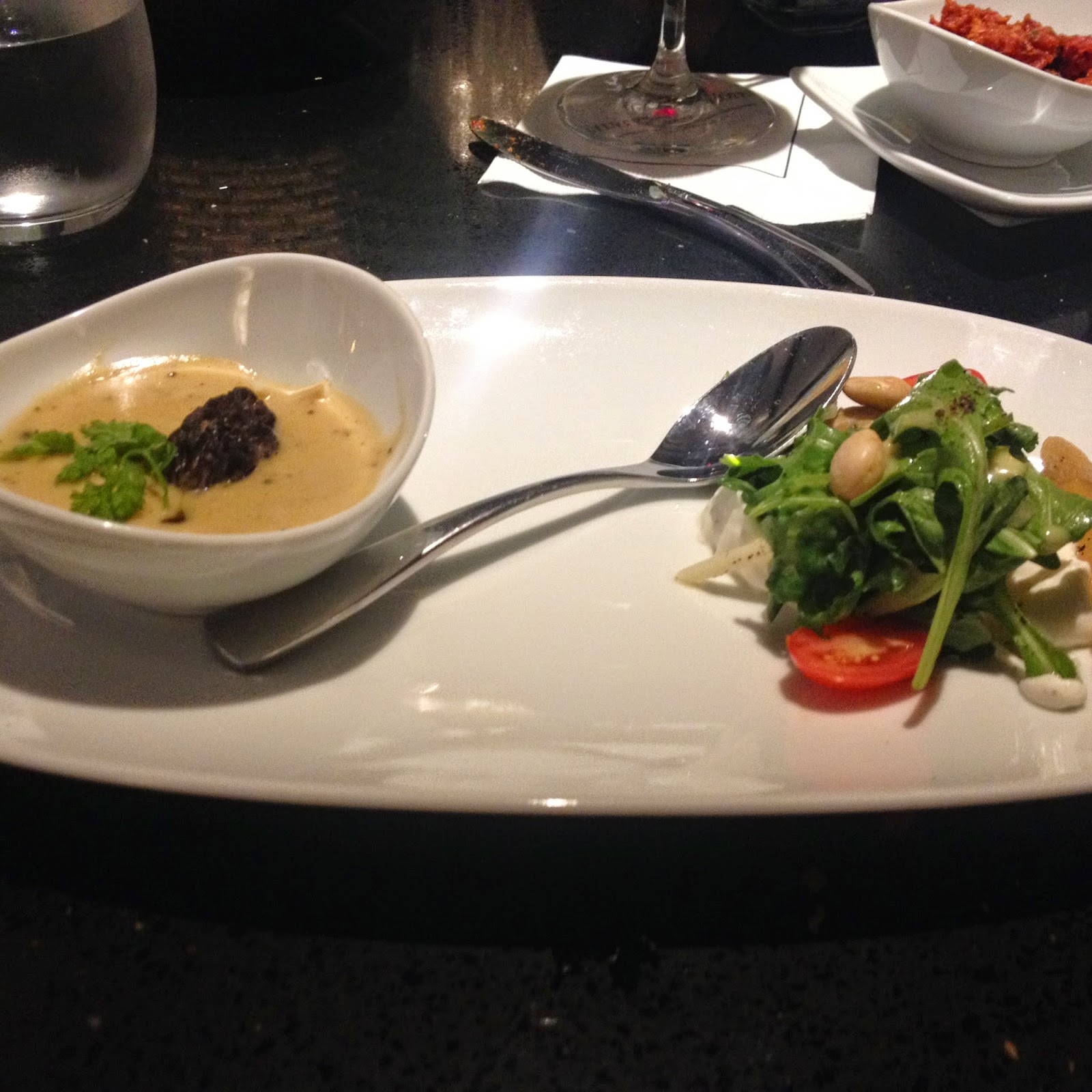 There were two flatbreads brought out, there was the artichoke hearts and goat cheese flatbread and the other was foraged mushroom flatbread. I was sitting on one end of the table so I tried the artichoke flatbread, which I do not regret. I have to admit I have tried my fair share of pizza/flatbread places in Chicago, but this flatbread won over my heart. Ha, I mean I would probably go back just for this flatbread. The crust was nicely done, with a good amount of a garlic and butter taste. Overall it had a great mixture of flavors that melt in your mouth. I was in heaven by then. 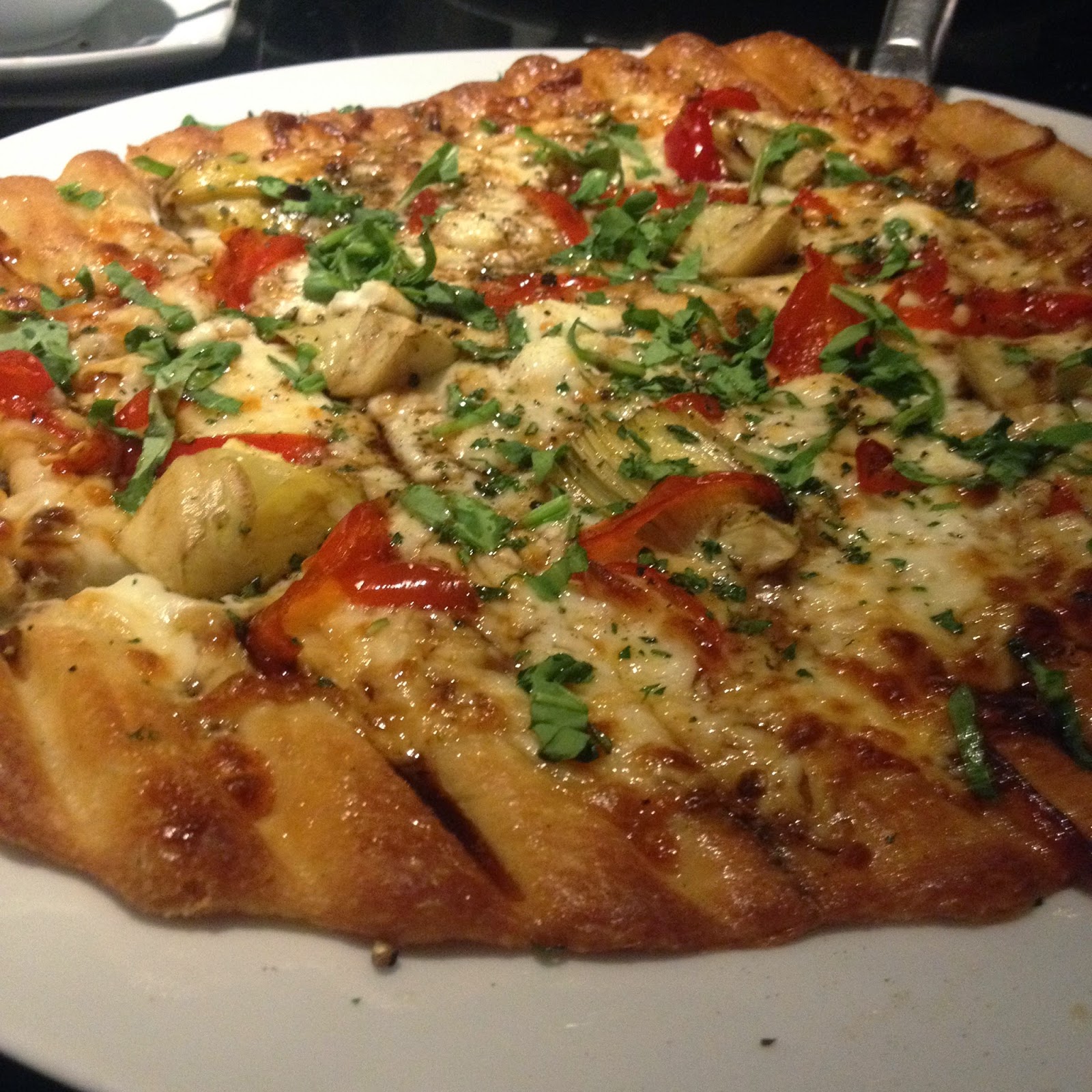 After eating probably more than I should, I was pretty full by then and might have ruined my appetite for the next dish. There were two entrees, the first was the bronzed walleye pike and then juniper pork tenderloin. Thankfully these dishes were served family style, where they served one big plate in the middle for everyone to have a taste. I personally was not much of a fan for the pork tenderloin, it had a weird taste to it, as for the fish, it was at least less filling and light enough for me to eat. 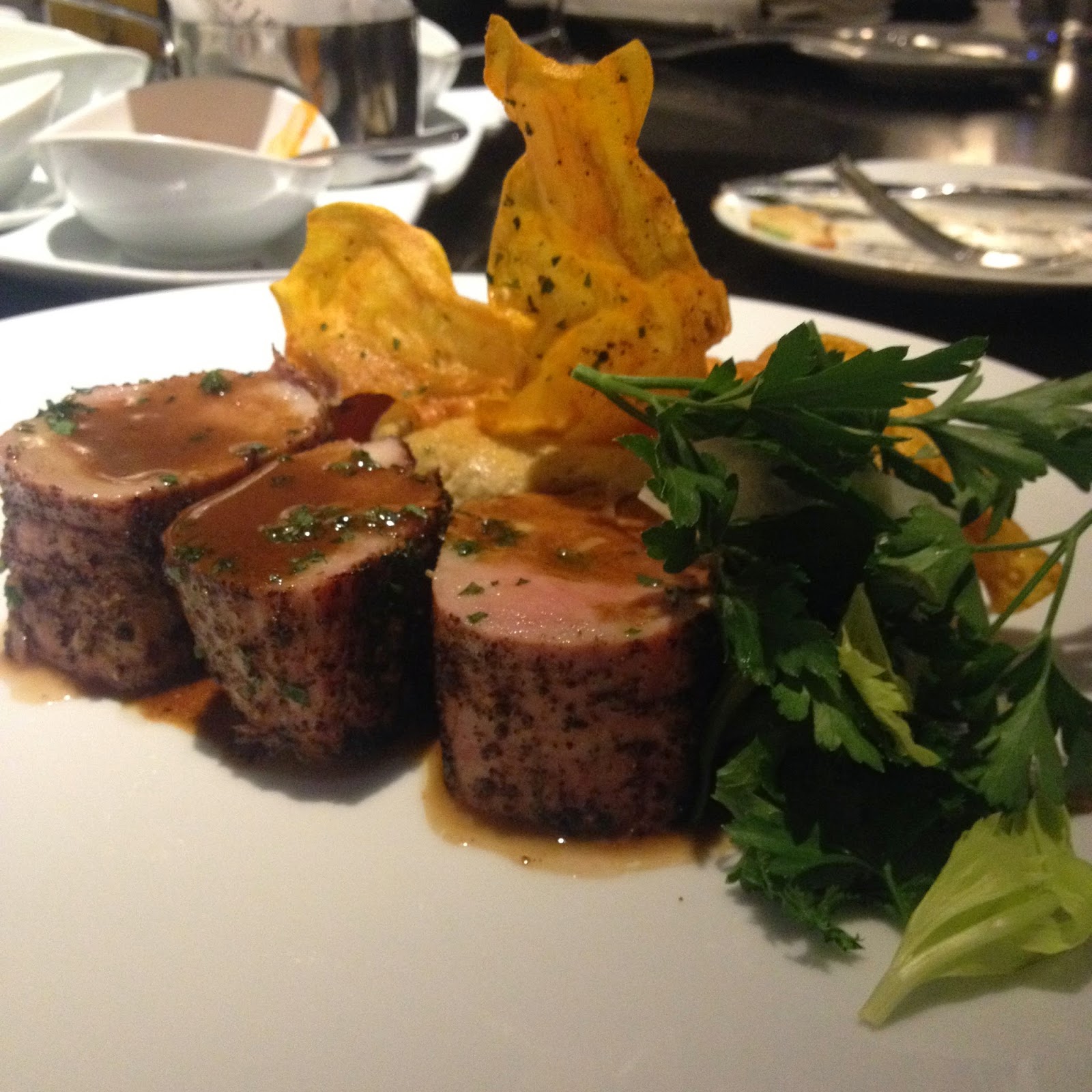 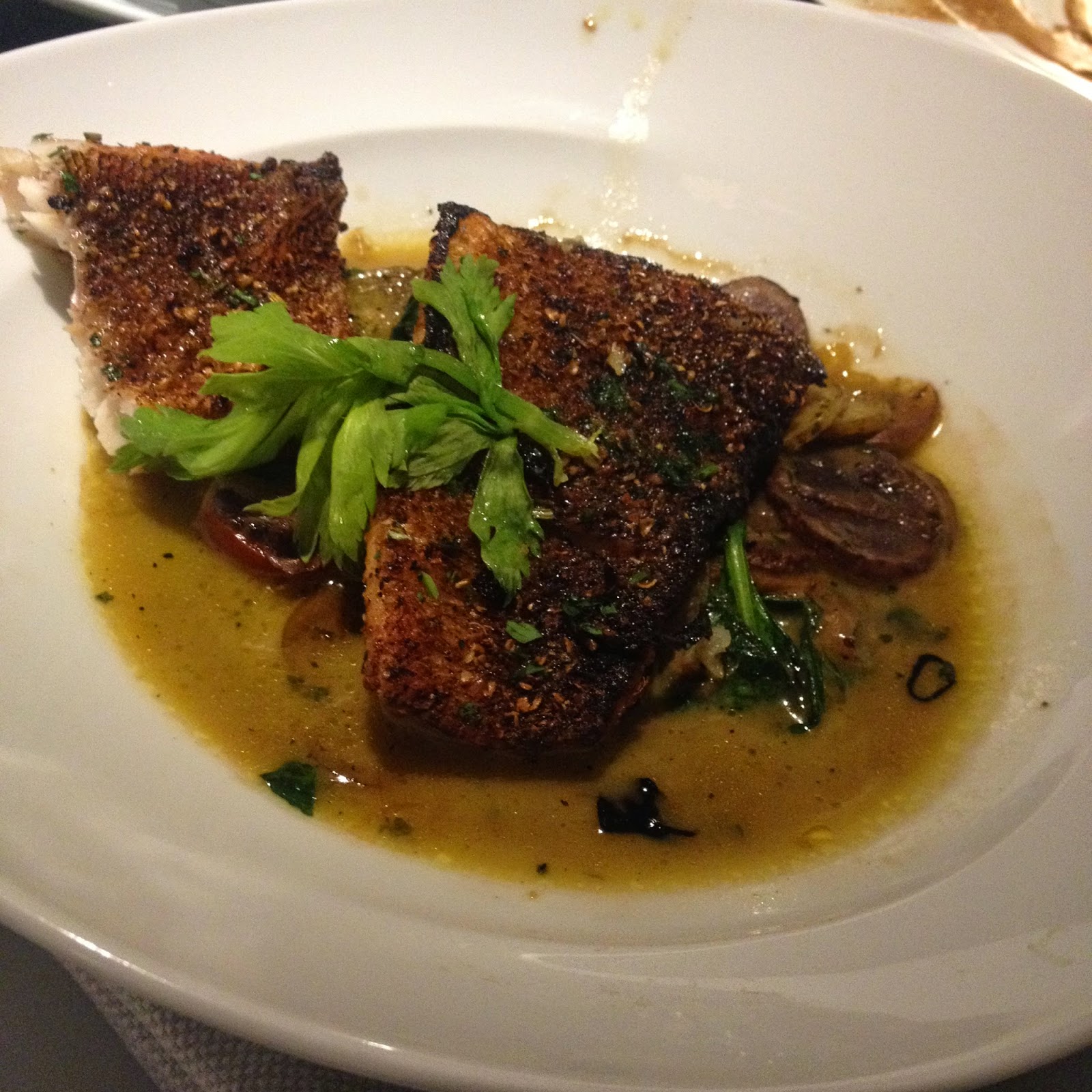 Lastly (and thankfully) we had sampled two delicious desserts brought out to us at the end. As full as I might have been, I always can make room for dessert! The first was a chocolate smore creme brulee, which looked appetizing but I thought it was a bit too soupy for my likings. The next was a pumpkin cheesecake which was phenomenal. It wasn’t too sweet but it had a nice light and creamy texture to it. Another plate that I would definitely order again. It hit the spot and ended with a good note. 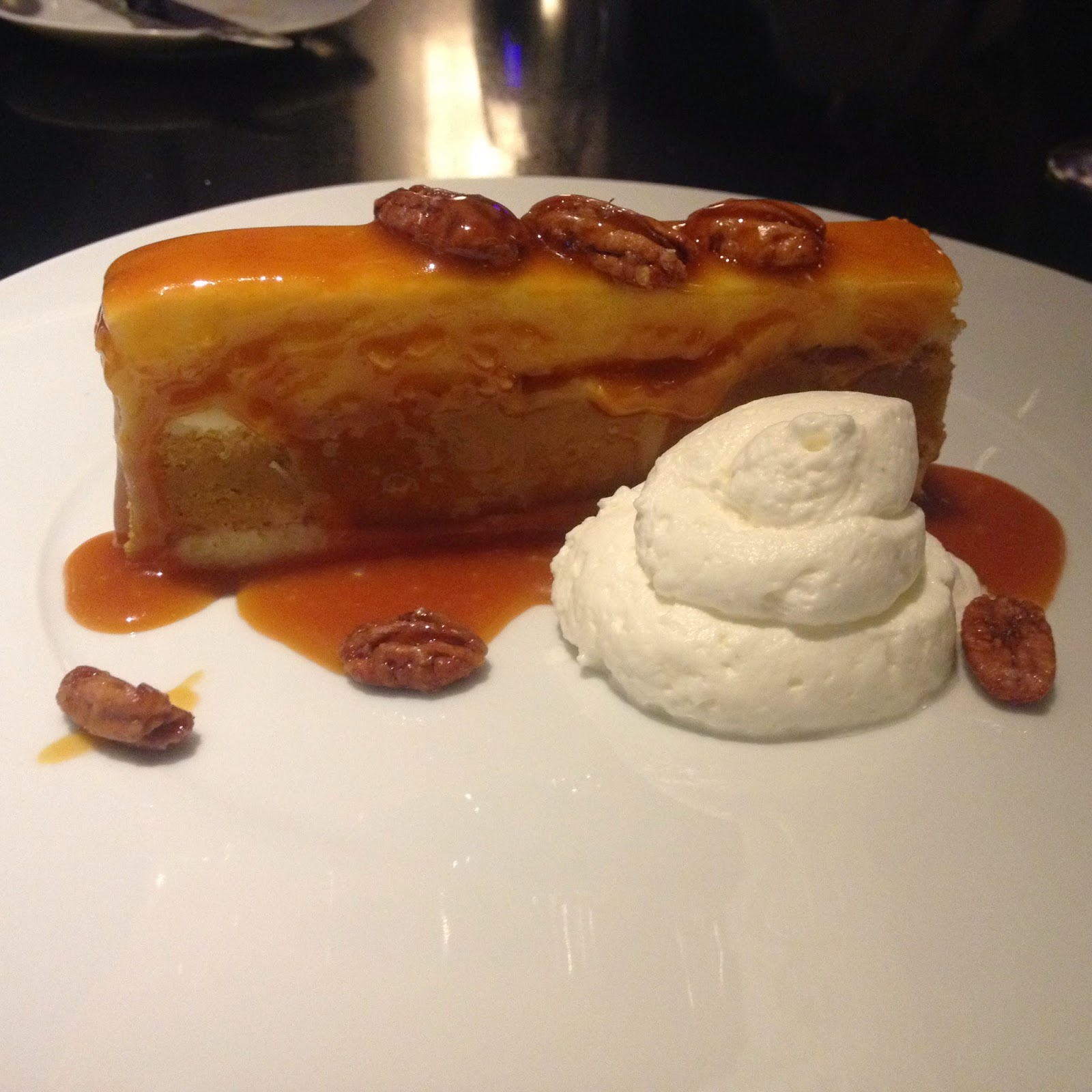 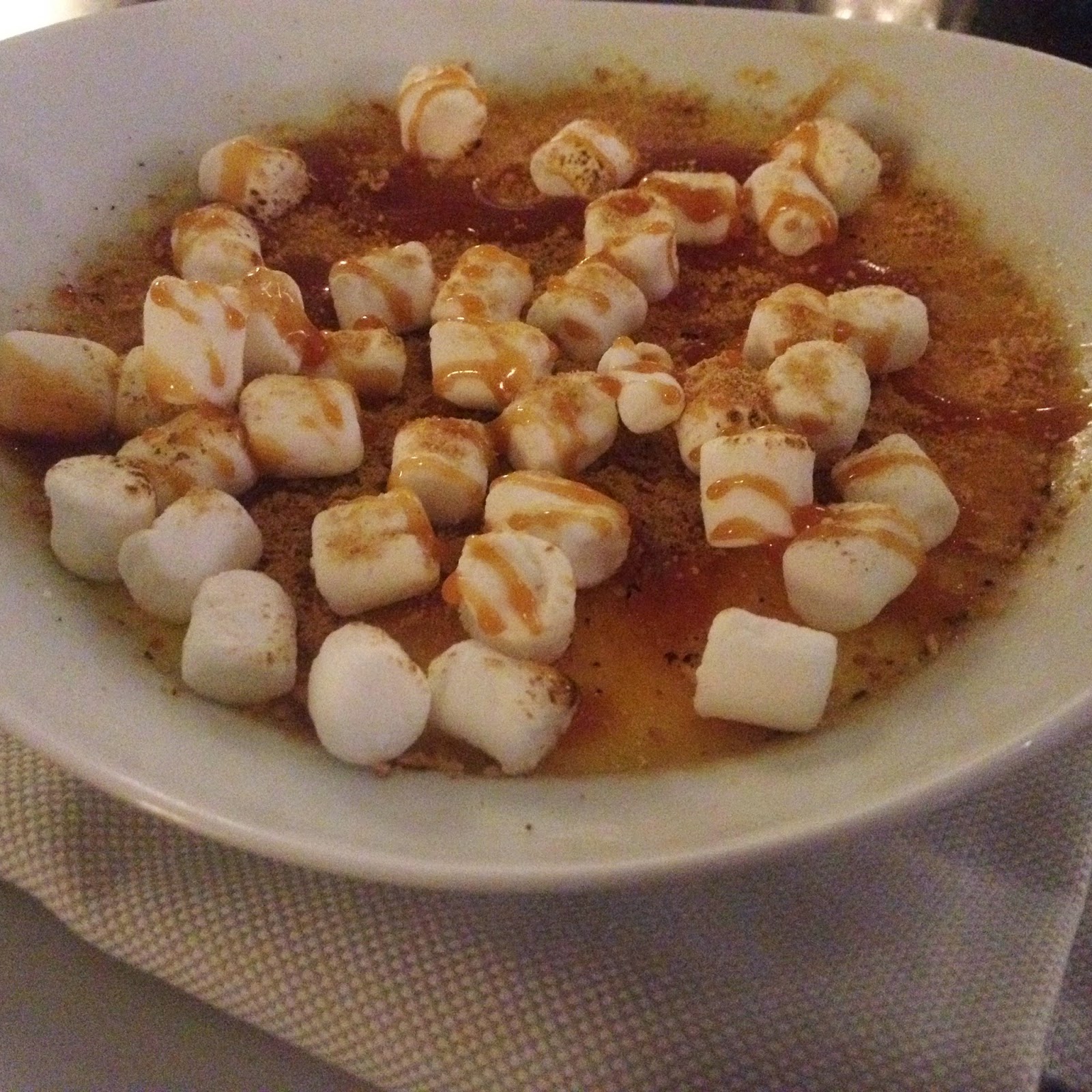 That being said, Adamus is a place I would recommend to you. They are located between Wabash and Madison (10 S Wabash). Adamus is a great place for a date night, or just to have drinks with some friends. I had an overall fun time seeing and mingling with the other bloggers as well. Thank you Adamus and Windy City Bloggers for a fabulous night out.
Until next time,
Fancy Nancista